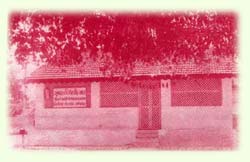 Phase- I  :  1993-1998
Naturopathy Hospital Gujarat Vidyapith in Outdoor department of “Late Smt. Jankidevi Jamnalal Bajaj Naturopathy, yoga training and Research Center was started in 1993 at Sadra with assistance of the donation of Shri Rahulbhai Bajaj. It was inaugurated by the then Health Minister of Gujarat State Shri Karsandas Soneri. 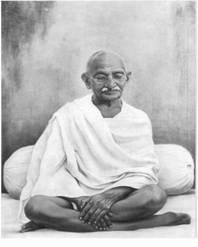 Phase- II : 1998-2004
Naturopathy Hospital Gujarat Vidyapith in One male and one female doctor were appointed full time in 1997 and a new indoor section was started on 20th April 1998, which was having facility of 10 beds. Thus, the Center is running both the facilities of indoor and outdoor sections.

Phase- III : From June 2004
As there is always a waiting list of patients for two months at the Sadra Center. New building of the Center having facility of 20 beds is working from june-2004 at Randheja which is 11 km far from the vicinity of state capital, Gandhinagar

The Chief Naturopathy helps each research being made by the Lecturers of physical Education College for the M.Phil., Ph.D. Naturopathy Hospital Gujarat Vidyapith Center has submitted a Research Thesis named “A study of effects on health and physiological aspects by Yoga and Naturopathy treatment on the policemen of the Gujarat State Reserve Police Force” in English and Gujarati. This research Thesis is the first of its kind in the field of Naturopathy treatment prepared by any Centrex in the entire country.

Contact the Centre and Register Your Business Features will be added soon once we are ready with our database of complete Best Ayurveda Cure, Nature Health Cure Hospital, Yoga Therapy and Ayurvedic Centres in Gandhinagar.