Navratri 2017 Fasting Rules: When to start and end your fasts during Navratri | Diet Navratri 2017 Fasting Rules: When to start and end your fasts during Navratri | Diet Plan

Navratri marks the beginning of the nine-day festival devoted to goddess Durga. It is believed that during the course of these nine days, goddess Durga visits our home in her nine forms. The nine-day long festival comprises of fasting, daily pujas and participation in events. While the festival comes every autumn, it also commemorates Lord Rama’s victory of killing Ravana.
Northern part of India participates in this festival. People fast for nine days and refrain from eating daily food items like rice and Indian bread. This year Sharad Navratri will be between 21st September to 29th September. A major festival in the Indian transcripts, Navratri is the beginning of a host of festivals like Dussehra and Diwali. Goddess Durga is the symbol of power, prosperity, wealth, and health and hence nine forms of Durga are celebrated during this time.
Navratri also has a scientific relevance. Experts suggest that since Navratri is held twice a year (once in summer and once in autumn), during this time our body has weak immunity due to seasonal changes. If we eat light meals which are also nutritious in nature, we can help our body stay away from the various flus which are also doing the rounds during this time. Therefore, eating heavy foods like meats, rice, grains and regular salt can take a toll on our system.

Hence, to make the most of Navratri, there are certain guidelines one must follow. These guidelines include the basic dos and don’ts of fasting during Navratri.
Fasting is a process which cleans our system inside out and therefore should be taken seriously. It is not necessary for you to do it exactly according to Hindu Mythology since many tweaks have been made over time. However, do keep the following rules in mind if you wish to opt for the nine-day fasting period.
Do’s: Fasting rules
1.Take a bath every day. You need to keep yourself clean at all times. According to priests, you should take a bath before 9 am.
2.Stick to the Navratri diet which includes nuts, fruits, dairy products like milk and butter and selected flours. This also means your diet needs to be alkaline.
3.In Indian homes, whatever food is prepared during auspicious times like this, it is offered to the deities. During Navratri as well, you need to do the same. If unable to do so, you can also offer fruits and milk.
4.You need to light a lamp every morning or light one on the first day and maintain till the 9th day.
5.Read the shlokas from Durga chalisa or any mantras you know of and devote them to Goddess Durga.
6.At the end of the nine-day festival, serve food to girls as goddess Durga is known to reside in them.
Don’ts: Fasting rules
1. Do not keep your home dirty. Keep it clean at all times possible. This is because since the nine forms of goddess Durga are celebrated during Navratri, it is believed that Durga visits every house.
2. If fasting, do not have a proper full meal before sunset.
3. No consumption of alcohol, drugs, eggs, non-vegetarian food, onions, garlic during this period.
4. Another popular belief during this time is not to cut your hair.
5. It is also believed that cutting nails or stitching during this time should be avoided. Again, no reason stated as to why you should stick to this rule.
Here is how you can make the most of your fasting period:
1.High on liquids: Stick to drinking a lot of water, coconut water, chaas, fruit milkshakes if you’re aiming to lose weight in a healthy manner. These will keep you satiated for a long time.
2.Do not starve yourself: Starving yourself means crash dieting, which is not the best thing to do. A healthy way will be to keep eating nuts and fruits every two hours.
3.No fried foods: Fried foods can often get to the best of us. There is no point in fasting if you end up hogging on fried foods to fill your tummy. Stick pan tossed snacks with minimal or no oil. Do not overload your plate with ghee. One tablespoon of ghee is considered to be healthy every day.
4.Stick to the basics: Do not go for packets of chips which say ‘diet chips’ or ‘Navratri special’. These are the marketing gimmicks to get you into buying foods which are fried and ultimately consists of ingredients which you shouldn’t be consuming during this time. Stick to home cooked food and have plenty of water to detox the Indian way!

This Heal tips Get in Official site of http://timesofindia.indiatimes.com/life-style/health-fitness/diet 10 Incredible Uses of Peppermint Oil for Health and Beauty 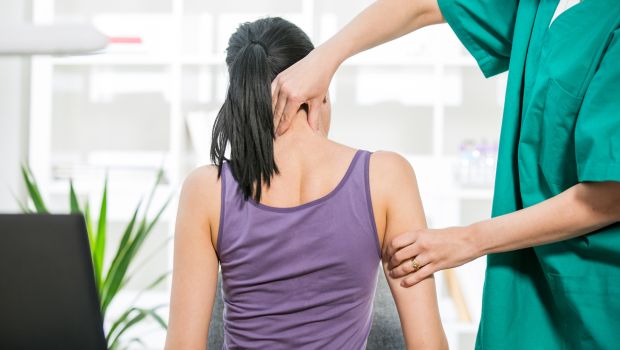 Chiropractic: An Alternate Medicine Form to Treat Back Pain and Headaches